FOX News Poll: Bernie Sanders Would Beat Trump By 9 Points - I do think Bernie would beat Trump but you can't believe any Fox poll. They are R-Trump media and would plant shit like this just to divide the Ds.

The Man Who Reinvented Donald Trump

Trump says he will roll out new health care plan in next couple of months - Sure he will. I remember the campaign when he said he had a great healthcare plan ready to go.

Looking back, there is some amazing BS in this speech.

Trump should be asked about it every day.

be the US practicing for this

or the hackers practicing for this.

It seems strange that they are all in the news at the same time.

Trump’s Evidence About Iran is “Dodgy” at Best

Deployment of 1,000 troops to Middle East shows US on 'a conscious course to provoke war' with Iran, Moscow says.


"One of the most enduring mysteries of modern times has produced another enthralling twist. Satoshi Nakamoto, Bitcoin’s pseudonymous and enigmatic creator, has not been seen online in more than eight years. Evidence has now surfaced that points to a new Satoshi candidate, whose known life has a number of parallels with that of Bitcoin’s inventor. His name is Paul Le Roux and, if proven to be Satoshi, there is a good reason why his 1 million BTC hasn’t moved – the Rhodesian has been in jail since 2012."

New Study Of Old Real Estate Bubbles (1582-1810) Finds Two Surprising Similarities With Modern Bubbles - This seems reasonable. When money piles up it has to flow somewhere.

I think about where the money is piling up, in the hands of a few or the hands of the masses. Today, it's the few who have boat-loads of cash so their money just sloshes around the world's economies keeping interest rates low and creating/bursting various bubbles.

Our recent housing bubble was really caused by the cash of a few looking for a place to go. The bankers thought they had found a way to package mortgages to make them safe for investors so they rounded up the investor money and turned it into easy money for the borrowers.

That easy money created the housing boom but also brought out scammers throughout the whole process from bankers, to mortgage companies, to real estate agents, to the end buyers, all were feasting on that easy cash until it all finally crashed down under it's own weight.

Why can't We all Just get Along?

The Divisiveness of Cohesion

This sounds good but just won't work if a major group decides they just don't want to play along, Christians of the Roman empire, The R's today, etc.

Lots going on this morning. US vs Iran, Russia comments on troop build up, Trump to deport millions. What does Fox have for it's man story? 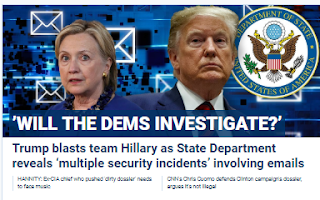 Israel and US vs the World