Buying Politicians: Hoyer and 41 Democrats visit Israel on AIPAC-affiliated junket that violates ‘spirit as well as the letter of the law

The Many Lies That Iran Hawks Tell

Health insurance companies are useless. Get rid of them


The truth is that private health insurers have contributed nothing of value to the American healthcare system. Instead, they have raised costs and created an entitled class of administrators and executives who are fighting for their livelihoods, using customers’ premium dollars to do so.

“Health insurers have been successful at two things: Making money and getting the American public to believe they’re essential,”


Mortality and morbidity in the 21st century 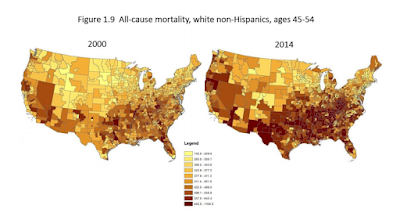 
The US-led coalition force has indeed been slow to take off because it is either spurned or ignored by most of the governments invited to join.


"If the United States faced acute threats, allocating 60 percent of the government’s unrestricted funds to defense might be necessary. We do not, but we still spend more on defense than the next eight largest spenders combined—China, Saudi Arabia, India, France, Russia, Britain, Germany, and Japan—and four of those countries are treaty allies. The disproportion has held for decades."

White House Considers September Roll-Out of Health Plan, DJ Says - They will probably make some minor changes so they have something to campaign on but candidate Trump said he had a plan ready to go. He's just full of bullshit.