An opinion piece by the propaganda network RealClearPolitics does not qualify as Headline News. 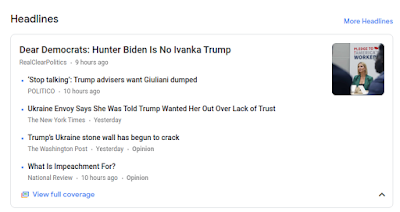 Media - Fox: Ignoring the News to Feed the Rage.

Fox is on it today. Lots in the news, Trump's mess, Giuliani's mess, Turkey bombing the shit out of Syria, Typhoon in Japan, crane collapse in NO. So what does Fox put on its Sunday Morning front page? Crooked Hillary, Evil Deep State, Uncontrollable Brown People in scary robes, White woman found dead, oh,.. an a cop shoots someone (Who I believe was black but Fox wouldn't tell you that). 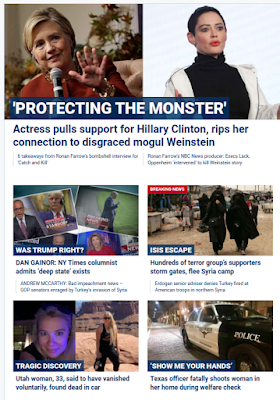 The Trolls Are Everywhere. Now What Are We Supposed to Do? - I've been saying for a while that democracy can't survive in a world of corporate media and the Internet. I think we're about to find out.

Worth Reading: Five Lessons from History found at The Big Picture


I've always believed sleeping-on-it helps. My basic plan for figuring anything out is, 1. Several days of research. 2. Think on it hard and often over those several days. 3. Wake up one morning with the answer.

Cutting taxes doesn't trickle down but does increase national debt, and inequality.

Trump and the Bible Bangers

This might explain Trump and Barr's recent comments on religion. from Haaretz.

Israel, well Haaretz at least is not happy with Mr. Trump. 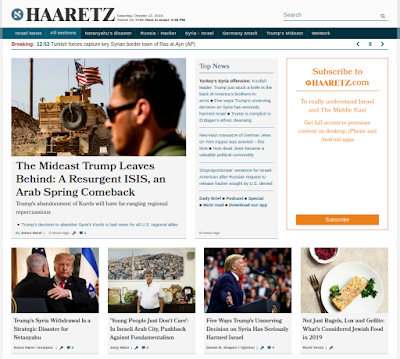