The Robots are coming for some jobs

THE EVER-ACCELERATING AUTOMATION OF FAST FOOD

From The American Conservative: Conservatism Is A Collection Of Losers. It Doesn’t Have To Be. 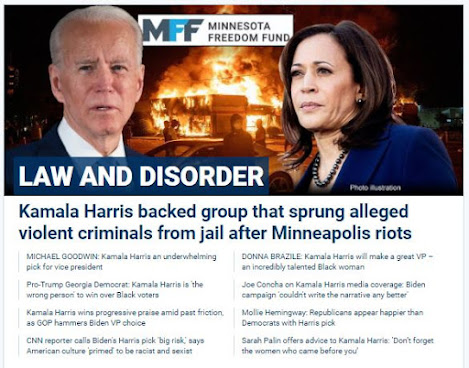 The right thinks Harris is a progressive?

Mish was right in the last post but way out of touch wrong on this one. Well, at least one line of this one.

"But Biden's caving into the progressive wing of the party with a political opportunist  like Harris is sickening to say the least."

Harris is pretty far down the list of candidates liked by progressives. She was the Corporate D's chosen-one early in the race but she couldn't beat Bernie so the D's got Biden in the race. Now they have their dream establishment D ticket.

Still, Trump is so bad that I'll support this crappy ticket.

I think progressives should do all they can to elect Biden but then stick to the progressive agenda when dealing with the D establishment.