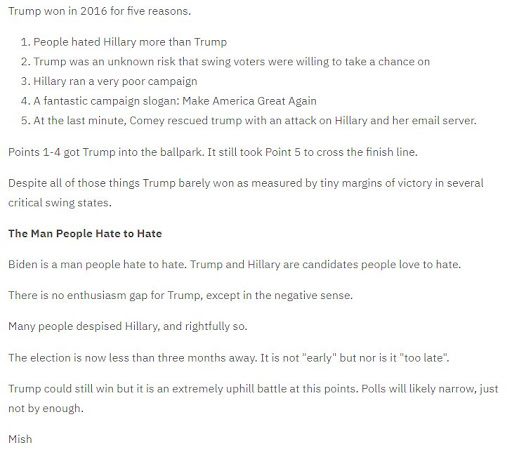 On #4, more than a hand-full of my Trump-voter friends told me it really meant "Make America White Again".

I'm worried about Biden. He is hard to hate but he's old, doesn't seem mentally healthy, and may not live or function through the term. His VP choice matters more than most and he may end up with a VP candidate that is easy for people to hate, especially after the R propaganda machine gets rolling.

Ultimately, I think the D's are going to have a weak ticket. Biden may be better than he appears which would help but right now he looks weak and R's are salivating to run against his VP pick.

Trump could still win this thing.