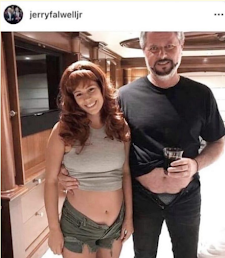 October surprise' - Trump's last chance to get reelected legitimately I'm excited. What could it be this time? I'm sure it will be the greatest October surprise ever. A wonderful surprise. The Best.

My prediction is a larger than normal attack by "Iranian linked terrorists", probably fake, designed to help both Trump and Netanyahu.

Technically Adelson is not foreign, he was born in the US but he's said his number one issue is support of Israel.

“He’s actually said publicly that he’s a one-issue guy and that issue is Israel," Elliot said of Adelson.

Also, the "one-issue" quote above was on the Adelson Wikipedia page but has apparently been removed. I wonder why?

Why They Hate Us

UN: At least nine children killed by air raids in northern Yemen - We arm the Saudis, they kill civilians. Not a word in US media about it.

When Scott chooses a cause, she just gives them cash. No schedules, no promises, no strings.

This is great but I can see the scammers lining up. I hope she has a way to sort them out.

Every D should be should be hammering this in every media appearance.

With only 4 percent of the world’s population, the United States has accounted for 22 percent of coronavirus deaths.   Found here: [LGM]